Sky Q box is now in 2.5 million homes in the UK, Ireland and Italy, according to official data of the company.

One of the upcoming developments being advertised is the launch of Spotify in Sky Q from the end of April. Transmission service most popular music in the world (60 million users) will work with the receiver S ky Q and Speaker SoundBox Sky.

Sky has also reported that 480,000 won new customers in the last year, a total of 22.9 million where the operator sells its services.

Sky has also changed the design of menus decoder, adding a new widescreen interface and a special mode for children. The receiver can access the contents of Ultra HD (4K). 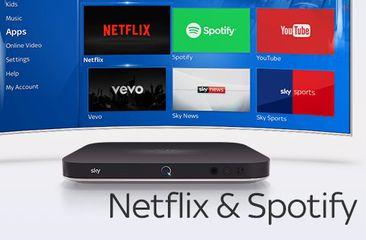